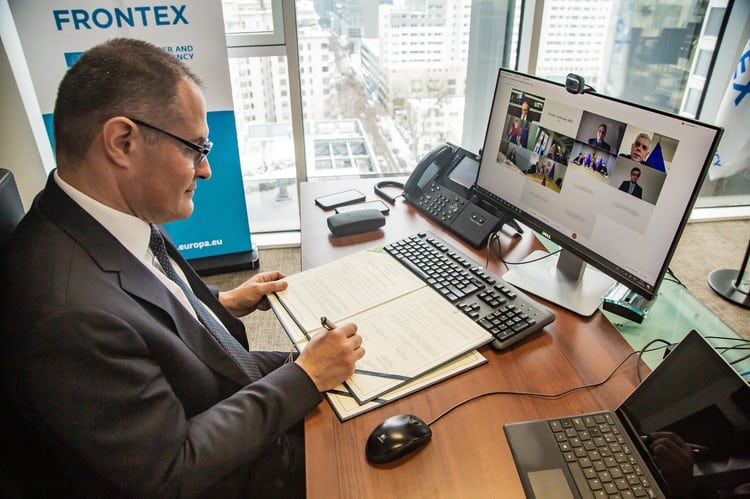 The European Border and Coast Guard Agency (FRONTEX) has announced that the agency has renewed its working agreement with Georgia, according to an announcement published by FRONTEX.

The objective of the working agreement between FRONEX and Georgia is to fight illegal immigration and cross-border crime. It empowers FRONTEX to operate in Georgia, but also empowers the local authorities in Georgia to fight combat these problems on their own, under the guidance of FRONTEX.

In addition, the working agreement facilitates technical assistance projects as well as exchanging information for the best practices in border management and control.

The first working agreement between the two parties was signed in 2008, signaling more cooperation and goodwill between Europe and Georgia. It also allowed the two parties to take on problems that affect both of them, together.

“It was in 2008 – more than a decade ago – that the first Working Arrangement between Frontex and the Ministry of Internal Affairs of Georgia was signed. I am confident that the new framework for cooperation will allow us to achieve further progress towards securing borders and addressing common challenges, which call for a coordinated response,” said Frontex’s Executive Director Fabrice Leggeri.

The working agreement has been “renewed to reflect the strengthened mandate of Frontex and will lead to a better response to today’s operational needs in the area of border management in full respect of fundamental rights,” the announcement reads.

The renewal of the agreement is a signal of good relations from the Georgian perspective as well, signaling that EU-Georgia bilateral relations are improving and growing stronger.

“I am glad that the working arrangement signed today will serve as a firm legal basis for our future successful cooperation, the positive result of which goes beyond the existing relations of the two agencies and represents an important phase in Georgia-EU cooperation,” said Georgia’s Minister of Internal Affairs Vakhtang Gomelauri.

The renewal of the working agreement was signed during a virtual ceremony between FRONTEX’s Executive Director Fabrice Leggeri and Georgia’s Minister of Internal Affairs Vakhtang Gomelauri. The virtual event was also attended by the Director General of DG HOME Monique Pariat, Acting Director-General of DG NEAR Maciej Popowski, and Head of the EU Delegation to Georgia H.E. Carl Hartzell.

No specific dual operations between FRONTEX and Georgian authorities have yet been announced.