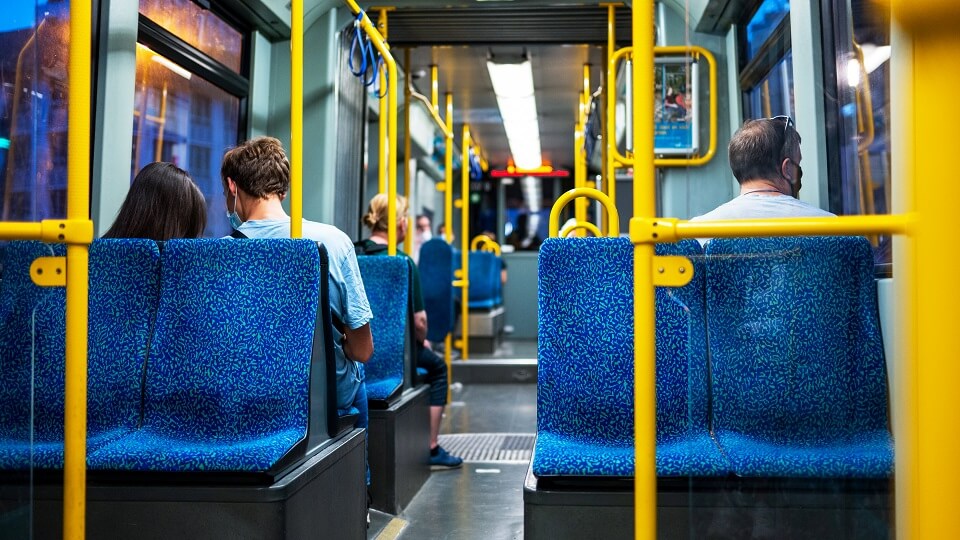 It has been officially announced that early in 2023 Germany will introduce a successor to the very popular €9 per month transport ticket that was extremely popular during the summer months. The latest German Ticket, perhaps better known as the ‘Deutschlandticket’, will increase this amount to 49 Euros per month. This remains a great deal if one considers that it comes down to only 1.60 Euros per day.

What the new ticket will offer is unlimited trips on public and regional transport for less than 50 Euros per month. Below we explain what is known about this ticket so far, and what must still be decided.

How the Deutschlandticket was announced

The various state premiers and Olaf Scholz, the German Chancellor, finally reached an agreement over the various financing issues at a meeting between the federal states and the federal government last week. This paved the way for the launch of the new ticket early in 2023.

Referring to the decision as a first for Europe and the biggest tariff reform in history for German public transport, Volker Wissing, the Federal Transport Minister, expressed the view that the 49-Euro ticket would play a major role in making public transport a viable long-term alternative to driving, particularly for commuters.

Wissing added that, by providing access to regional and public transport networks throughout Germany, the new ticket would help to free the country from what he described as the ‘tariff zone jungle’ that currently existed across the various regions. He went on to say that never in the past will it have been so easy for everyone in Germany to use the train and the bus.

What exactly is the new ‘Deutschlandticket’ and how is it going to work?

The new ticket has been designed to replace the extremely popular 9-Euro ticket that was available during the summer months and of which no less than 52 million were sold. Although the new version is more expensive, it still offers very good value for money and it is expected to quickly become a permanent part of the German transport scene.

How will the new ticket work?

The 49-Euro ticket will be sold digitally on a subscription basis. Subscribers will, however, be able to cancel whenever they want, so they will not be locked into a yearly subscription (which is what often happens in the case of seasonal tickets). At the moment it is unclear whether travelers will be able to buy the new ticket from ticket machines, but the fact that it’s subscription-based makes that unlikely.

On what types of transport and where will the Deutschlandticket be valid?

As was the case with its 9-Euro predecessor, the new ticket will allow unlimited trips on public and regional transport throughout the entire Germany. This includes U-bahns, trams, S-bahns, buses, and also regional trains. Long-distance trains such as ECs, ICEs, and ICs that are managed by Deutsche Bahn are, however, not included.

Will long-distance bus services be included in the Deutschlandticket?

Right now it’s not known whether the new Deutchlandticket will also cover intercity bus services such as FlixBus. The company, which is one of the biggest coach transport services in the country, earlier expressed unhappiness over the fact that it was not included in the 9-Euro ticket deal. According to some reports it is currently involved in negotiations with the German federal government to include its bus services (which connect numerous German cities) in the new 49-Euro scheme.

At the moment it’s also unclear whether or not the new ticket will make provision for ticket holders to take a bike with them on the train or even on the S-Bahn. This was not possible with the 9-Euro ticket.

For how long will the price remain at 49 Euros/month?

At this stage, the monthly price tag of 49 Euros is being described as an ‘introductory offer’ that will initially be valid for a period of two years. As inflation pushes up prices in general, it is likely that the new ticket will also become more expensive as time goes by. Government ministers have said that future price increases would make it possible to maintain the program, otherwise cost increases might force the government to cut services, which would defeat the whole object of the scheme.

How has the news about the new ‘Deutschlandticket’ been accepted in Germany?

Certain groups and individuals have criticized the announcement, saying that the ticket should have been cheaper. Germany’s Sozialverband renewed its call for an annual ticket that would cost only 365 Euros (or 1 Euro per day). The fact remains, however, that with local transport passes often selling for more than 80 or even 100 Euros/month, the 49-Euro ticket will bring relief to millions of regular people.

Wissing defended the decision to set the price at 49 Euros per month during an interview with the Rheinische Post. He described it as significantly cheaper than what most individuals were presently paying for public transport and added that it was a very attractive offer. He went on to say that one or more of the individual federal states could potentially decide to implement additional discounts of their own, for example, for individuals who are receiving social security allowances or students. The Lower Saxony state premier, Stephen Weil, earlier confirmed that his state planned to do exactly that.

How long will it be before the 49-Euro Deutschlandticket becomes available?

When Wissing announced the scheme, he said that the German government wanted to make it available early in 2023, perhaps even as early as January. The organization that represents transport associations from across Germany responded by saying that it would prefer if the scheme could be implemented from January 1, 2023. That seems increasingly unlikely since the framework and legislation to put the new subscription-based system in place must still be finalized. This is more complex than merely starting to sell a paper ticket, which is what happened when the 9-Euro ticket was announced.

Winfried Kretschmann, the premier of Baden-Württemberg state, perhaps expressed the general agreement best when he said that the most likely time was the spring of next year. The beginning of March 2023 is now often being touted as a realistic launch date.

Regardless of when the scheme will officially kick off, it is likely that ticket sales will start about two weeks before the time.

How will the new scheme accommodate current annual subscriptions (Abo)?

At this stage, there is still uncertainty around what is going to happen in the case of passengers who have bought an existing seasonal ticket (Abo or Abonnement). It appears reasonable that transport firms will allow holders of seasonal tickets to convert to the new Deutschlandticket so they won’t be missing out (which is what happened with the 9-Euro ticket). MVG, the Munich transport association, has publicly stated that it would deal with the issue timeously to enable current customers to convert effortlessly if the new 49-Euro scheme suits them better.

Who will be funding the new Deutschlandticket?

It is estimated that the new scheme will cost something in the region of 3 billion Euros. About 50% of this will be funded by the federal government, and the rest will come from the coffers of the federal states. This fits in with government plans for major investments in public transportation in years to come. The German federal government has promised to put aside an extra 1 billion Euros every year to cover the cost of regional expansion. This amount will increase by 3% p.a. in future years.

A few individual states have also gone ahead and implemented their own local versions of the new program. Berlin, for example, recently announced a 29-Euro ticket that can be used on all public transport in the area. The subscription became available in October – but it will be terminated at the end of March 2023.