FRONTEX Report Shows Illegal Crossings on the Rise in November 2020 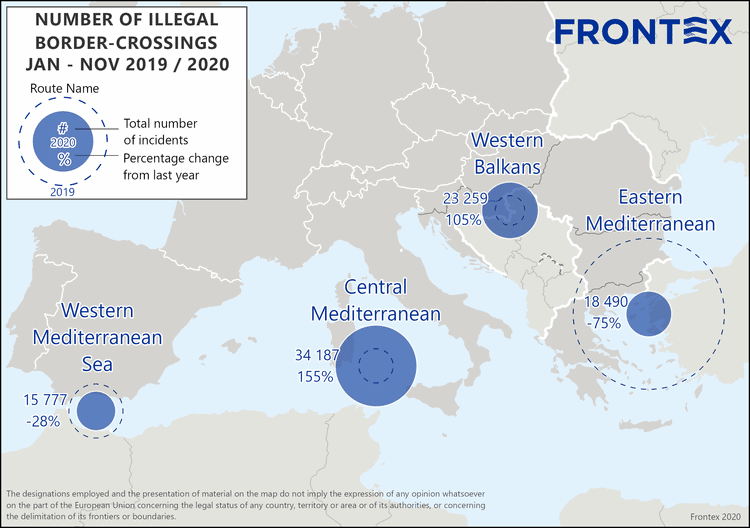 The European Border Patrol and Coast Guard Agency (FRONTEX) has published a report detailing the situation at external EU borders and has highlighted that illegal arrivals from various regions to various regions are on the rise in late 2020.

Western Africa reached a record high in November 2020, according to the report. The region accounted for more than 8,150 illegal immigrant arrivals the Canary Islands in November, which is up significantly from November 2019, when only 517 illegal arrivals were reported.

“More than 8 150 irregular migrants reached the Canary Islands in November compared to 517 a year ago. This is the highest monthly total for this route since Frontex began to collect the data in 2009. In the first 11 months of the year, almost 19 600 irregular migrants were detected reaching the Canary Islands. Most of these arrivals were recorded since the beginning of August. Nationals from sub-Saharan countries and Morocco accounted for most of the registered arrivals,” the report reads.

The Central Mediterranean is also seeing a large spike in illegal arrivals where around 5,400 were recorded, reportedly up 61% from October 2020. The total number of illegal crossings in this region more than doubled since 2019 through the first 11 months of 2020. Tunisians and Bangladeshis reportedly accounted for most of these crossings.

According to the FRONTEX report, not all illegal border crossings in all locations are on the rise, however.

FRONTEX has yet to announce a comprehensive plan to deal specifically with the rising illegal border crossings in certain regions. 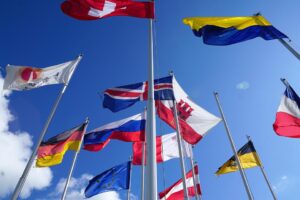 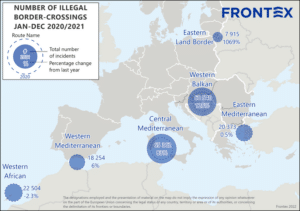 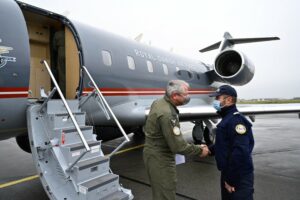 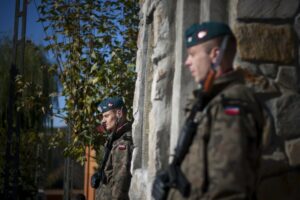 Poland, experiencing a surge of migrants at their external border with Belarus, has begun taking measures to combat the problem and aid any in need 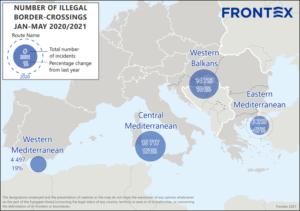 Illegal border crossings at Europe’s external borders increased 47% in 2021 since this time last year, according to a press release published by the European